The Old Man’s Views Happy Birthday to Me! …Or Is It? 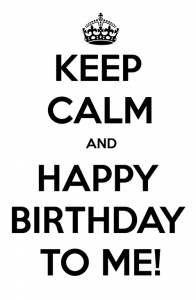 Today, my oldest contract should have come into play. But the government cheated me by unilaterally changing the terms and conditions.

When I started paying into my pension back in the 70s, they told me I would start receiving it today…on my 65th Birthday!

However, somewhere down the line, some young civil servant decided it would be better for the country if they changed my contract and pay me my pension two years later.

I will have worked for a total of 50 years, a lot longer than the bloody guy who changed the rules!

I have no complaints about this as I have no plans on retiring. But it does raise the issue of making agreements with governments, and clearly illustrates how we have no way to complain when they choose to change the terms.

Anyway, enough of that.

This week: I am going to change tack and start looking at more positive developments.

In this uncertain world where nothing is working out how we planned, there is still an abundance of opportunity for those who are willing to seek it out.

Recently, a lot of people have experienced the kind of losses they never thought possible. 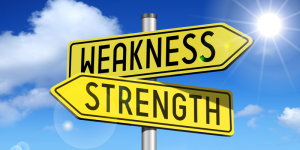 Events such as these are rare, but not unheard of, especially during periods of economic weakness.

As harsh as it is, and I know the wounds are still raw, a good clear out of the weaker elements in cryptocurrencies will ultimately make the sector a lot stronger.

The attack on Luna was a work of art, by people who knew what they were doing. They found a flaw and worked out a way to exploit it. Such events are not as rare as some would lead us to believe – it wasn’t so long ago that crude traded at a negative price on a technicality. And we still trade commodities….

Some will say this Luna event is going to destroy the crypto market, but I hope they are mistaken.

As a result of the attack, we can expect even tighter rules and regulations being ladled onto the industry. But we should also expect that our innovators will be more careful about the products they rush onto the markets. So overall, it could prove a net positive.

Back to the Good Stuff

It appears that a flight back to quality is happening, with investors unwinding more adventurous positions and placing their money into Bitcoin, which again, should be good for the longevity of the business.

Indeed, if you have missed the recent collapse, starting to dollar-average below 30,000 should bear fruits over the longer term. But I wouldn’t suggest going all in just yet. 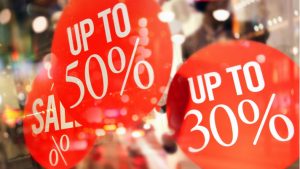 I am also considering buying some other coins that I’ve been monitoring which are looking like a bargain at current levels. I have mentioned Concordium (CCD) in previous reports, and at the moment it is irresistibly priced (0.0265).

With the sector being dragged lower, it’s a good time to do some serious research and find a few bargains. But as I always say, be more calculating and less gung-ho.

Commodities as a political football

It is very tempting to get some exposure to these markets which have the potential to break up through the historic highs. But because much of the pricing is based on political events, I am a little wary of running into them blindly. For my liking, there is too much politics involved in everything and you cannot keep ignoring it.

NATO has expanded, adding another two countries to its ever-increasing list of members. I am sure everyone outside of the Kremlin is very happy about this. However, how Putin chooses to react is yet to be seen. My fear is that if Putin is not removed, he may move from a military war to a commodity war. He could opt to starve the west of vital commodities and sell his products elsewhere.

From 3 to 8 billion people

As a reference, when I was born, the global population was less than 3 billion. Today, it’s over 8 billion. That is a lot of people eager to consume vital Russian produce. It is a dangerous game our technocrats are playing with Putin, and we can only pray they know what they are doing.

On that note I am going to sign off and get back to my Birthday Party.

BTW, if you think I am old, I have the privilege of celebrating it with my old mum….and that makes the day extra special.

So, until next time…

Happy Birthday to Me! …Or Is It?